The money transfer industry is as old as the banking industry. At the past few years, it has been seen as exponential growth with a relation in rising number of immigrants in the developed countries.

Innovative and advanced technology changes the charge rule of banking industry. The average total cost of transferring money has been declining. According to the World Bank data, the global average plummeted to below 8.4% in the first quarter of 2014 from the 9% recorded a year earlier. 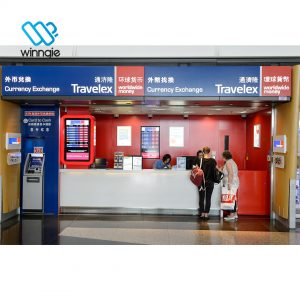 However, with all this growth, why isn’t the process of transferring money as smooth as it should be? Why are some remittance corridors paying negligible amount while others such as Saharan Africa pay is as high as 12% of the amount remitted?

Imagine you are going to transfer your friend $25 from the UAE. How much would he get? It is hard to tell if you have never done it before using the conventional system, all because of a myriad of hidden charges. Unless you are internet savvy, you cannot avoid a multitude of fees in addition to diluted exchange rates that accompany such a transaction. The draining of the lump sum involved is what many customers in this industry decry. The fees charged by Money Transfer Operators (MTOs) and their foreign currency exchange rates reduce the total amount sent. Even in the cases when you fall into the trap of the ‘fee-free rates’, the exchange rate is often too diluted to make up for the lost commissions.

While we may be quick to judge these MTOs as profits connoisseur, there is more to it than what meets the eye. Factors such as technology and infrastructure, and regulation and interoperability all play a role in cost structure and pricing.

For example, leading commercial banks with a global network that operates in this industry are slowly leaving citing the regulatory risks and a high cost of operation that eats on their profits.

Unlike Money Transfer Operators that can handle spoonful transactions, inter-bank systems are suitable for moving large sums of money. But governments are keen on large transfers owing to increased money laundering activities over the past two decades.

What’s more, it is a requirement for the players in this industry to know their customers, which raises serious privacy concern, apart from eating on your time as you fill out the forms to reveal your identity. Banks succeed here by making their money transfer from the customers to their account holders.

Just to remind you, Money Transfer Operators don’t have their independent networks in some regions and just partner with the local banks to reach their customers. Such partnership only means additional expenses, in which the end-consumer has to shoulder.

After putting all these factors into account, the problem rounds down to the government control. The numerous checkpoints initiated by the state agencies to mitigate fraud and money laundering, not only increasing the cost of doing business but also delaying transfers.

While any problem caused by the government is not often easy to overcome, this one is! The answer does not involve engaging in activism or media campaigns but lies on technology. Does Winngie ring a bell?

To use Winngie to transfer money, you need to create an account and your recipient needs one too. The rest is as simple as matching like tinder. You fill the amount you want to send , enter the address of the recipient, and click send.

There are lots of benefits that come with embracing Winngie as means of money transfer. However, there are three outstanding reasons namely:

Overall, Winngie is an amazing platform that you can find a good way to transfer while you are staying at your home and not going out to find a way to handle your transfer. It gives you possibility to transfer small amount of money that normally costs more than the original amount. Here you go with the Winngie Exchange and Send Money Mobile App to start matching with people around you.